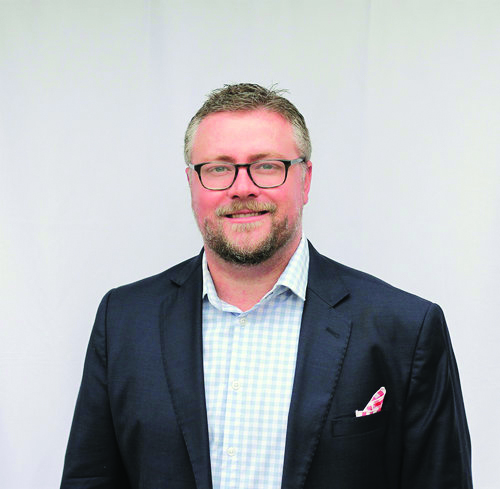 In the lead up to college, Todd Krumholz ’03 saw a lot of guys from his school, Jesuit Dallas, making the move to UT, and more specifically, SigEp Fraternity. Upon graduating, he followed suit and secured a bid from SigEp that summer. Then Todd witnessed something change. The tide drifting toward SigEp had shifted and everyone seemed to head toward Delta Tau Delta. Until that point, Todd had little interaction with the Delts, but as he got to know them more, he connected with their laid-back approach. In the end, there were around 20 men who secured spots with Texas Delt that shared history with Todd.

“It was a great way to make UT a little smaller,” said Todd. “Texas Delt helped me manage going to such a large school and build a network of support as I went on to law school. My wedding party was full of fraternity brothers who are still to this day my best friends. As you get older, you meet other Delts in business and in life and you always have that connection. My Delt brothers are still part of my daily life, and I wouldn’t trade the experience for anything.”

Todd is a sports marketing agent at JTK Talent LLC in Dallas. He works with athletes and companies for marketing, endorsements, speaking engagements, memorabilia, appearances and charity events. “I do mostly football, but have worked in all sports for major brands like Verizon, Bridgestone Tires, Oracle, ProFlowers.com, and many others over the years. Working with Charles Haley and Pudge Rodriguez to manage their induction processes into their respective Hall of Fames was a huge highlight for me. To the Delts who just graduated, and those still in school, something to always remember is be willing to do anything if it’s the field that you want to be in. Pitch in, haul boxes, run errands, stay late, arrive early, and get to know as many people as possible in your respective industries through projects or volunteering. Once someone knows they can count on you, it’s easy for them to count on you again.”

Texas Delt went through a house rebuild during Todd’s sophomore year at UT; there hasn’t been a construction project of that magnitude since. “As other fraternities on campus built new houses and updated their facilities, it was important to keep up and have a suitable place for the chapter,” Todd said. “UT fraternity life is huge, and that’s because of the houses and amenities they offer, the social aspect, the support with school, and the ability to make campus feel a little smaller while attending such a massive institution. I think that Delt should continue to grow, support academics, and provide our young men with the opportunities to do good in the community.

“I enjoy going back to the house for alumni events and feeling proud. The Continuing the Tradition campaign is a great way to accomplish that sense of pride. It’s also a great opportunity for our class to honor one of our brothers, Brett Aycock ’03, who served in Afghanistan. Upon returning to Texas, he had a hard time readjusting to post-military life. He was injured in combat and dealt with severe pain and PTSD, ultimately leading to him taking his own life as 22 veterans each day do in America. Our class has donated in his memory as he was one of the biggest and brightest personalities in our house. I would encourage brothers my age to donate in memory of Brett, and remind them that no gift is too small. Think of a great memory in college at the Delt house and put a dollar amount on that memory. Then make the donation. There’s even an option to spread your donations over a few years. Let’s keep the Texas Delts great!”

Todd and his wife, Sara, live in Dallas with their children, Harper and Joey. With two young children, there isn’t much free time to be had, but when the opportunity arises, Todd can be found working on his golf game. He also looks forward to family vacations and UT football season. You can connect with Todd at todd@jtktalent.com.