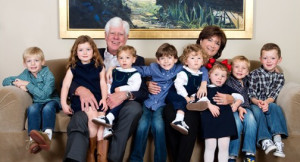 Coming from a small town, John Irwin ’68 was a self-proclaimed “nerd and geek with few social skills.” The vastness of UT petrified him, and by mid-term it was obvious he needed a lot of social help. Thankfully, John was encouraged to go through recruitment and joined Delt in the spring of 1965. “Delta Tau Delta rescued me.”

The Delt brotherhood and influence gave John the social skills he needed to be confident and excel during his years at UT. “My best memories revolve around the camaraderie and fellowship at the Delt house on the weekends. Of course there were the parties. I was surrounded by really talented, great guys from 1965-68. I learned a lot from them.” While enjoying the social aspects of Gamma Iota, John also knew he had to focus on academics. “A degree from UT with decent grades will get you a lot of opportunities in any business or profession. Have a great time at the Delt house but put in the academic effort.” John graduated from UT with a bachelor of science in chemistry and went on to Baylor Medical School.

John is thankful for how Gamma Iota helped him grow and feels it is important to give back. “I owe a great debt to the fraternity. I do not believe that I would have had the same success in life had it not been for my years at the Delt house. Supporting the annual campaign is my way of giving back. The annual campaign is an easy way to help our young brothers have the same success we had. I cannot imagine why there would be any hesitation.”

John is an obstetrician/gynecologist and chief of surgery at the Women’s Hospital of Texas in the Medical Center, and is on the teaching faculty at Baylor College of Medicine. He and his wife, Simone, have four children and nine grandchildren, with a 10th due in December. Connect with John via e-mail at jirwin@obgynmedicalcenter.com.